John C. Maxwell, in his book, Developing the Leader Within You, states, “Ask ten people to define leadership, and you’ll probably receive ten different answers.” Although there may be many opinions about what leadership means, Mr. Maxwell sums it up simply, “Leadership is influence.” This means that leadership is the action of influencing others by way of leading, inspiring, and motivating.

You may not think of yourself as a leader, but we are all leaders to some degree. Eyes and ears are always observing, listening and studying what we do, what we say, and how we act in any given situation. You never know who may be watching and listening. You never know what kind of impact you may have on another person’s life.

We influence others as a parent, a family member, an employee, or in other capacities such as a participant at social gatherings or in organizations. We set an example for others, which can be good or bad. The example you set is entirely up to you.

I remember painfully learning this lesson when I was younger and in the early stages of fatherhood. Occasionally, when things did not go right, I would get frustrated and say, “Damn it.” One day while sitting at my desk working, my three-year-old son was playing close by. As he was playing, I heard his little voice say, “Damn it.” Needless to say, it caught me by surprise and made me aware of how important it was to pay attention to my words and deeds.

Each of us is the sum total of all the experiences we have been through. Every person, place, or thing we have interacted with, has had some impact on making us who we are at this point in time in our lives. This contributes to who we are and why we do the things the way we do.

Leadership is about making a difference in the lives of others. It is about having and maintaining relationships with those who follow you. It is about serving others to help them to grow and develop to be their best.

Who comes to mind when you think about someone that is an important role model for leadership? Who is the person that made a difference because of their leadership example in your life?

In their book, The Truth About Leadership, James M. Kouzes, and Barry Z. Posner share data they have collected over the years regarding responses to who people consider the most important role model for leadership in their own lives. The greatest percentage of responses from their data indicate that people are more likely to list a family member as their primary role model for leadership. According to the data, a teacher or coach usually comes in second. And, in third place, they often list a community or religious leader.

What quality stands out, about the person you chose, that you admire most? What is it about that person that impressed you enough to think of him/her as an important role model for leadership? Why is that quality important to you?

Many individuals rate the following characteristics as the top four most admired qualities of a leader: honesty, forward-looking, inspiring, and competent. Kouzes and Posner describe in their book that the data from their research demonstrate these top four characteristics have not changed significantly over time. Furthermore, there is little variation regarding the responses they receive by demographics, type of organization, or cultural differences. They report that the thing that is most striking about the results is that these four qualities continuously receive an average of 60% of the highest ratings of all the qualities listed.


These findings would indicate that a greater part of the population wants leaders who are credible, who demonstrate integrity and character in their actions and uphold the values they most cherish. 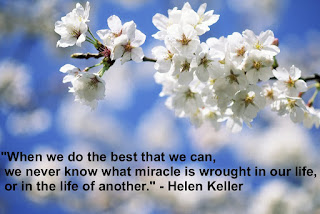 There was a man that lived in the 1800’s who was a Swedish chemist and was known for being the inventor of dynamite. He held over 355 different patents and opened over 90 armament factories. When his brother passed away, a French newspaper mistakenly printed an obituary about the Swedish Chemist stating, “The merchant of death is dead.”  The obituary was widely circulated and described him as the man, “who became rich by finding ways to kill more people faster than ever before.”

This situation allowed the Swedish chemist to read his obituary while still being alive. It made him realize that this was how people were going to remember him and he did not want that to be the case. He had an opportunity to reassess his life and to change his mission in life. This man was Alfred Nobel and went on to establish the Nobel Prize which recognizes outstanding contributions to humanity in many categories.

In this example about Alfred Nobel, he had an opportunity that not many people have of being able to see what others thought of his life before he died. In the chapter entitled, “Principles of Personal Leadership,” from his internationally known book, The 7 Habits of Highly Effective People, Stephen R. Covey talks about beginning with the end in mind, and he describes the importance of developing a personal mission statement. He shares that a personal mission statement, “… focuses on what you want to be (character) and to do (contributions and achievements) and on the values or principles upon which being and doing are based.”

Covey describes beginning with the end in mind as being based on the principle, “All things are created twice. There’s a mental or first creation and a physical or second creation to all things.” You have to begin by defining in your mind your values, your vision, your goals – developing a blueprint so to speak. Then you put the image that you prepared in your mind into action, in the physical realm.

Covey uses the example of the construction of a home to explain how things are created twice. When you want to build a new home, you develop a plan of all the details of what you want the house to look like – a blueprint. You have a clear sense of everything about the house before you ever begin to build it. Once that design is finalized and approved, then you start the action phase in the physical realm of building the house.

As a leader, it is of vital importance that you understand your personal values, who you are, what you believe in, what you stand for, and what you want to accomplish. Having a clear understanding of these things will help you when it comes to making decisions about your life and will impact those whom you lead.

With that in mind, you now have the opportunity to reflect, visualize, and design your own personal mission statement. This mission statement is not something that you want to write quickly. You need to give it some deep thought and consideration. It may take many rewrites, but it has to be something that you feel completely comfortable with and expresses your real values and direction.

You will want to review your personal mission statement from time to time. You may find that as you grow, develop, and mature that you may need to make some adjustments. It will be a continual work in progress, but the fundamentals will stay the same. This personal mission statement will be your own constitution, similar to the Constitution of the United States of America. There have been some amendments, but the foundational principles have lasted the test of time.

Remember to write your personal mission statement as an affirmation. A good affirmation has five essential ingredients: it’s personal, it’s positive, it’s present tense, it’s visual, and it’s emotional. This will help you visualize it and program it into your mind which will allow you to put it into action in the physical realm. Research shows that many athletes use visualization. "They see it; they feel it; they experience it before they actually do it. They begin with the end in mind."

Victor E. Frankl, an Austrian neurologist and psychiatrist, Holocaust survivor and author of the book, Man’s Search for Meaning, says, “We detect rather than invent our missions in life.” He goes on to say, “Everyone has his own specific vocation or mission in life…Therein he cannot be replaced, nor can his life be repeated. Thus, everyone’s task is as unique as is his specific opportunity to implement it.” 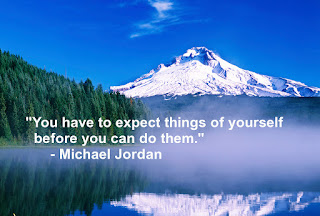