The following story is written by a old friend of mine who I met in college. She was one of the first friends that I ever had that was blind and she had a powerful impact on my life at the time.

She amazed me by her independence and confidence as she maneuvered around campus and through buildings with no problem. At the time, I wondered how in the world she was able to manage it with such ease.

There I was doing my best to keep up with everything that you go through as a student in college. She was going through the same things - going to class, taking notes, completing assignments and homework, but she was blind and it appeared that it was no problem for her at all. I often wondered how in the world she was able to handle it all with such ease.

On top of all that, one day I found out she played piano and sang as well. The first time I was able to hear her perform I was moved by her performance. She played and sang like an angel. She touched my heart!

It is my honor and privilege to have Vicki share her story on my blog. Here is Vicki's story titled Advocacy.


My name is Vicki, and I’ve been blind all my life. It’s been an interesting road, full of literal and figurative bumps and bruises, but full of wonderful experiences, precious friends, and the joy of my Lord and Savior Jesus Christ. I am the mother of two grown children and grandmother of one granddaughter, plus I’ve married a man (my mechanic) who’s also blind and got myself two more children and four more granddaughters as part of the bargain. I’d like to speak to you a little bit about advocacy.

When I was six, my folks  sent me away from home to a residential school for the blind. I wasted the comeraderie of those six years I spent there by my resentment of having to leave home in the first place. However, the chance for learning was not wasted on me; I dove into my books once I could read, and I still remember odd facts from those years’ learning and the teachers who impacted me. 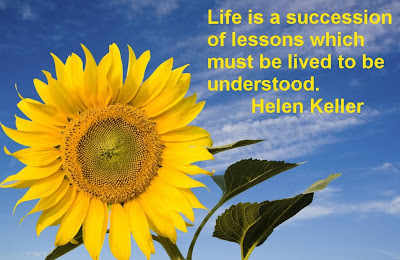 My mom was the real advocate at our house, but her example registered with me - albeit slowly. She took some time when I was a small child and went to the school to get an idea, I suppose, of what lay ahead for me. All through the years, she and the school psychologist were working toward getting me into public school back home even though I never knew it until later.

When I graduated from college, she waltzed me into the state agency for the blind and into the director’s office. Boy, was I embarrassed! The long and short of it was that I started work three weeks after I got out of college. She was determined that I would have what I needed to succeed, but I was held responsible for these gifts.

I know Mama was always there for me, but there was an innate understanding on my part that I best walk worthy of the luxury of a job I’d been given, and luxury it was since 70% of the employable blind are either unemployed or underemployed. What is underemployed? It’s like my later job with a nationally prominent insurance company. I was licensed but by happenstance found out from one employee at another office that she made $2.25 more than me with no licenses.

Life may never be what we consider fair, but there’s nothing unusual about that, disabled or not. The trick is to work at landing on your feet, forgiving a lot of well meaning, and even ignorant people because they can’t seem to fathom that you can live independently or want to despite your “differentness”.

When it comes right down to it, we’re our own best cheerleaders if we figure out that we need to open our mouths and be the instructors, the people who prove to others that there’s really no reason to be scared of people who are different. People are usually petrified that either the things that are our differences are contagious, that they just couldn’t deal with being that different and so we can’t either, or they’re just plain petrified because they are afraid of any number of other things. 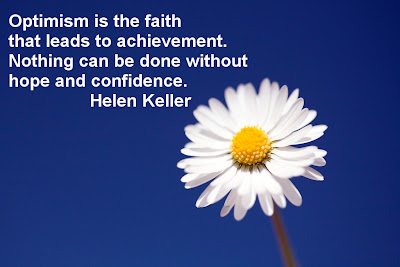 Whatever the causes of the fears we are subjected to that belong to everybody else, it’s incumbent on us with the disabilities to set everybody at ease and prove ourselves, work harder, be better—just to mostly pull even, making sure to be nice when you’d rather scream.

But, pull even with what? I will never make the money a doctor makes, but I don’t want to work that hard in such a demanding field, either. I’m generally happy piddling in a makeshift garden, collecting recipes, playing a piano for a local church, and singing and reading. Playing cards is fun, and I like spectator sports and playing hot potato with my new granddaughters.

Sure, I’ve held down jobs—a social worker for the blind, a trainer of adaptive software,and a licensed insurance agent. I’ve flown places by myself and managed to wind up where I was supposed to be and even went cross country skiing once. But, the fact of the matter is, as I’ve learned from the National Federation of the Blind, I can only change what it means to be blind—one person at a time. Sometimes, that person is somebody I’ve just met or maybe known for a long time; sometimes, it’s me. Regardless, I have to believe in myself and be willing and ready to prove that every day and to give myself the best chance at success, whatever that means to me.

In being a part of a group of people with disabilities who worked toward greater voting accessibility in my state, I’ve run into some pretty amazing people who’ve done some wonderful things, and the common thread with them all was believing in themselves and their personal advocacy.